‘The King of Cling’ Azzedine Alaia Passed Away at 77

Alaïa was revered for his independence and passion for discreet luxury and refuting the marketing-driven logic of luxury conglomerates. Catherine Lardeur, the former editor-in-chief of French Marie Claire in the 1980s, stated that ” Alaïa remains the king. He only holds fashion shows when he has something to show, on his own time frame.” His skill at cutting and his distinctive take on classic silhouettes have made Alaïa popular for decades. His designs remain the aspirational zenith for many. Long sheath dress known as the “powder puff” from the S/S 1994 collection.

Born in Tunisia on 26 February 1940 to wheat farmers, Alaia inspired his love for couture by his twin sister, developing into an early devotee to Vogue. Lying about his age, he got himself into the local École des Beaux-Arts where he began studying sculpture. Alaïa started working as a dressmaker’s assistant after his graduation, and in 1957 he moved to Paris to work in fashion design.

In Paris, he started his career at Christian Dior as a tailleur but was dismissed and soon moved on to work for Guy Laroche for two seasons and then on to Thierry Mugler. He opened his first atelier in his little rue de Bellechasse apartment in the late 1970s. He dressed clientele from Marie-Hélène de Rothschild to Louise de Vilmorin to Greta Garbo. 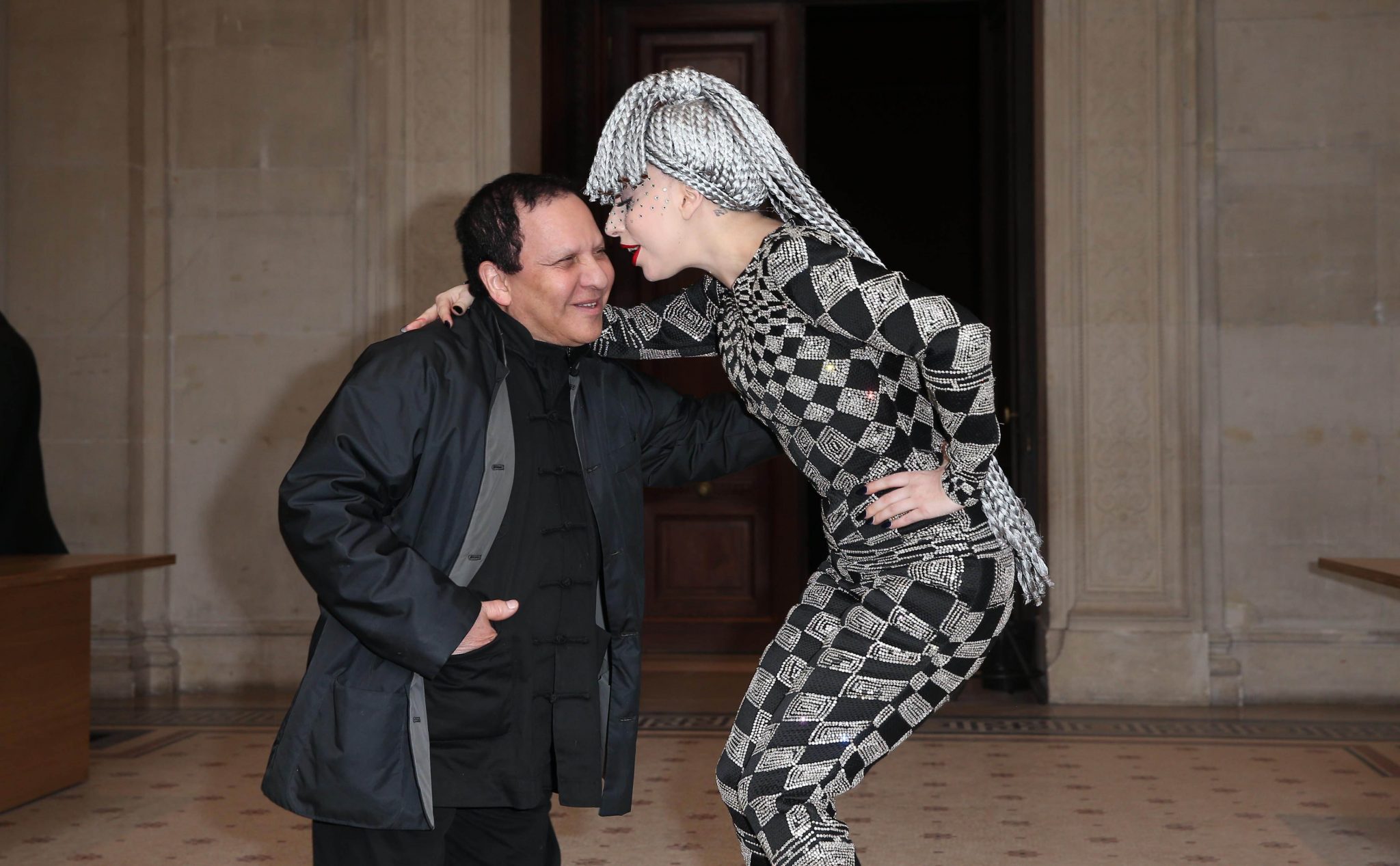 In 1980, he produced his first ready-to-wear collection and was voted Best Designer of the Year and Best collection of the Year at the Oscars de la Mode in 1984. Doyennes of fashion, Melka Tréanton of Depeche Mode and Nicole Crassat of French Elle, championed the collection who both regularly featured his work in their respective magazines skyrocketed the brand.

His clothes were a massive success, and he was named by the media ‘The King of Cling’. Devotees included both fashion-inclined celebrities and fashionistas. Victoria Beckham has stated that Alaïa is her favorite designer and wore the designer’s work to two Academy Award parties in 2007. Michelle Obama is also a regular Alaïa client. She wore a sleeveless dress with a skirt designed by Alaïa to the NATO dinner and also to the American Ballet Theatre Opening Night Spring Gala in 2009.

During the mid-1990s, Alaïa virtually vanished from the fashion scene for personal reasons. However, he continued to cater for a private clientele and enjoyed commercial success with his ready-to-wear lines.

His death brought great grief and sour to the industry. ”Azzedine Alaïa was a true visionary and a remarkable man,” said Vogue editor-in-chief Edward Enninful this morning. “He will be deeply missed by all of those who knew and loved him, as well as by the women around the world who wore his clothes,”