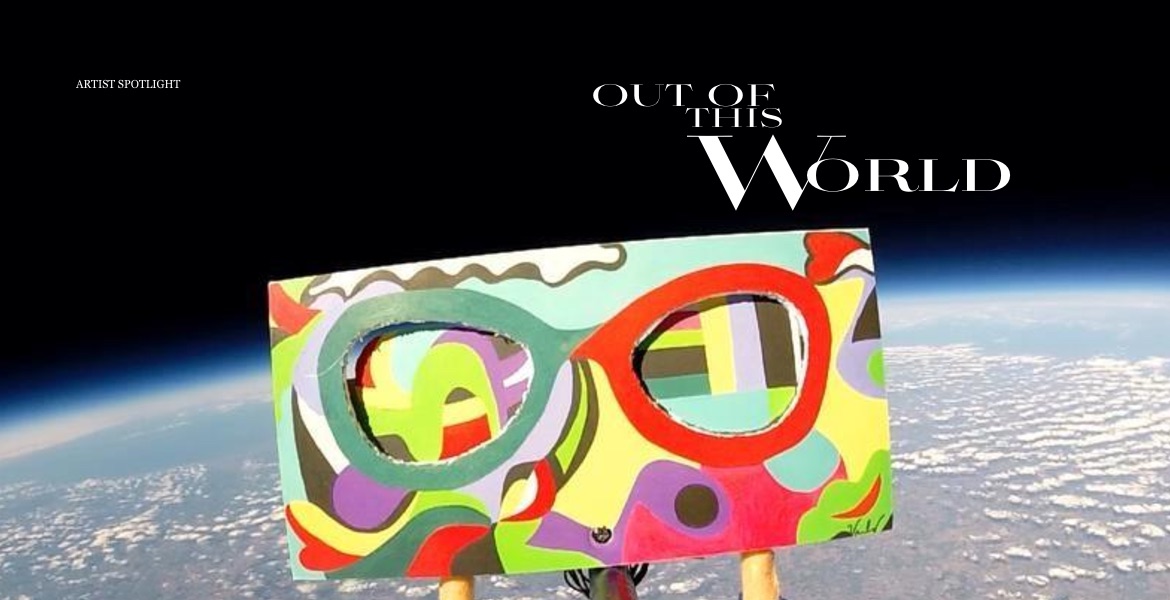 Art has been my passion ever since childhood, but my family did not really encourage me to take any art lessons in order not to “distract” from my studies. As such, my painting style is actually entirely self-taught and based on my personal intuition. When I encountered Dr. Patch Adams during my undergraduate study, during his speech there was a particularly poignant moment where he presented footage of a small group of men in a remote African village, laughingly chasing after a dozen colorful balloons tied to the back of Patch’s truck as he was driving away.

It turns out, the reason why they were so happy was due to those men had never actually seen balloons before, and were completely awe-struck by their colors and shapes. This really touched my heart – that something as ordinary as a colorful combination of balloons could bring so much hope into another person’s life, and that the power of the colors expressed from these balloons was such an effective language of happiness. 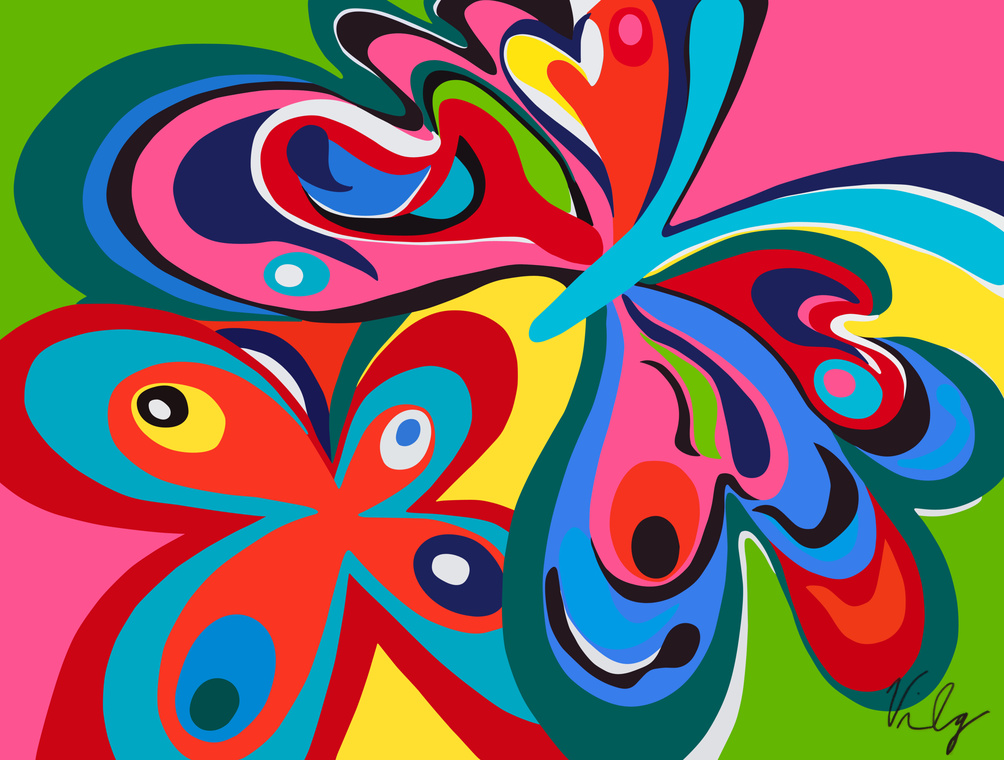 Many years after, one day when I was organizing my shelf, I randomly found a book that Patch had given to me the day we met. I flipped open the book, and came across a page inside that I didn’t originally notice. He had left me a hidden message and what he wrote struck out like a lightning bolt – “Choose your dreams.” Those words gave me a renewed sense of encouragement. I told myself that I needed to gear up, and to finally take action in pursuing my artistic talents that would allow me to make a more positive impact in the world. I also decided to relocate to Hong Kong and when I began working there, I also began painting in a studio during the weekends, marking the beginning of my professional art career. 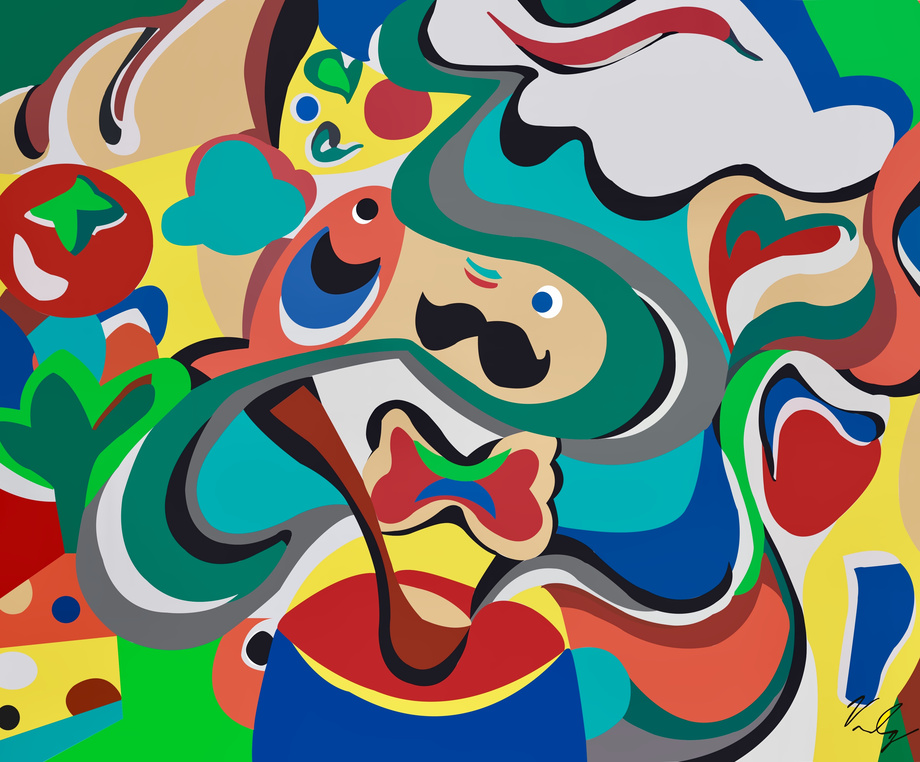 THE FIRST TO SPACE
I have always been personally fascinated with the mysteries of the universe, nonetheless, I never really imagined that I could actually send my art to space until I was approached by a former high school classmate of mine to do this project. My former classmate is a UK-based aerospace engineer by trade and also an avid photographer. In 2013, he combined his passion and technical skills to start a side business with a friend, called “Face in Space”, which provides near-space aerial photography services. He asked me if I would be interested in doing an artistic collaborative project with him that would be “out of this world”. From that conversation spawned a year-long process of technical experiments, design proposals and negotiations with various sponsors. And on September 7th 2014, we successfully launched my artwork up into space! However my end goal was not to simply send my artwork to space, but to also record the entire process of my artwork’s journey via a series of photos and videos so that the project could serve as an artistic means of promoting a larger message in life – to open your eyes to the beauty of the world literally under the backdrop of my art in space – so that people could be encouraged to achieve their dreams and to better understand the importance of happiness. 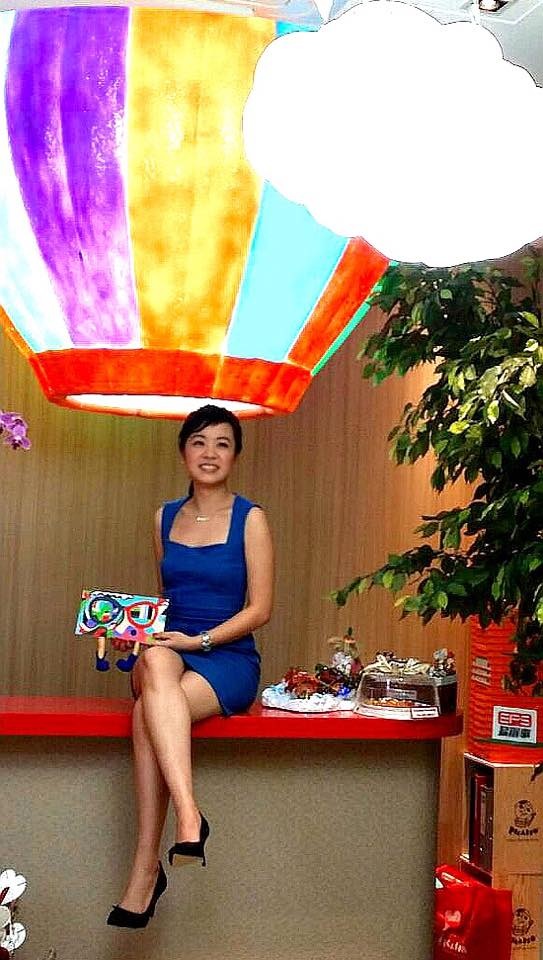