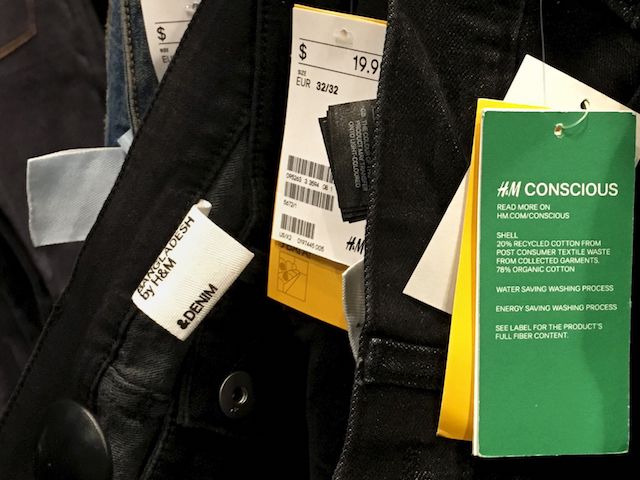 Moreso than ever, we are facing the severe consequences due to the fast fashion cycle and our never-ending desire to consume. This is an issue almost no one in the industry wants to talk about. According to American men magazine Esquire, 113,000 tons of discarded clothes from H&M ends up in the landfill every year. This is a very large number, and it is only counting items with from one international fashion chain on one continent.

For many, we may feel that that is beyond our grasp to change. However, some people take the matter into their own hands. Jens Neren, head of fuel supplies at Malarenergi AB, a utility which owns and operates the 54-year-old power plant about 100 kilometers (62 miles) from Stockholm, is one of those people. Jens’ birthday wish is to create a complete fossil fuel-free facility by 2020, and by the likes of it; it is becoming a reality sooner than he thinks.

Jens intends to make his wish into a reality by burning all those garment H&M can’t sell.

“For us it’s a burnable material,” Said Jens “Our goal is to use only renewable and recycled fuels.” Although burning garbage is not emission free, it will replace the extremely detrimental use of traditional coal. Malarenergi has a deal to burn unworn clothing from fast fashion purveyor trash from H&M, the Vasteras plant has so far burned about 15 tons of discarded clothes from H&M in 2017, it was a big step but still not enough compared with the 113,000 tons of discarded clothes from H&M per year. “H&M does not burn any clothes that are safe to use,” Johanna Dahl, head of communications for H&M in Sweden, said by email. “However it is our legal obligation to make sure that clothes that contain mold or do not comply with our strict restriction on chemicals are destroyed.” The facility, which supplies power to about 150,000 households, burned as much as 650,000 tons of coal at its peak in 1996. Although Sweden is an almost solely emission free-power system which sustains itself using its hydro, nuclear and wind plants, it hopes to close its last remaining fossil fuel units by 2020.